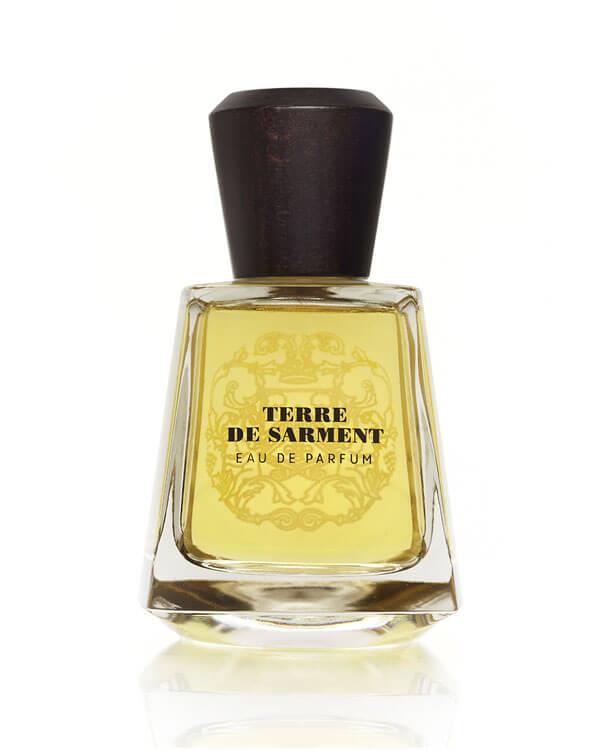 Terre de Sarment from Frapin, also known as the emotions of spring. Breathe in the scents of the earth such as tobacco, nutmeg and incense, which you descend to the central staircase at the Château Font Pinot, owned by the family Frapin since the 13th century. Hit in the clouds by the smell of the heat (vanilla, benzoin, cinnamon) and fruits (grapefruit, neroli), under the first rays of spring. The vineyards come alive, awakens the Charente region.

Spray Terre de Sarment from Frapin on your wrist, in your neck, behind your ears or in your inner elbows. These spots are the warmest places of your body so the perfume will react with your body heat and keeps emanate the perfume.

The Frapin family have been specializing in cognac for centuries, striving for perfection at Château de Fontpinot in the heart of France’s Grande Champagne region since 1270. This passion has made them the most famous producer of cognac, champagne and... perfumes. A Frapin fragrance takes you to places of perfection – be it beauty, atmosphere, party or even seduction. Dive into a world full of rich aromas, colors, harmony and exciting sensations, with scents that are enchanting and luxurious. Each perfume tells its own piece of the Frapin family story and the time in which it happened. Discover which zeitgeist suits you best!
More information Less information

At COSMANIA you can decide for yourself when you want to receive your order, within the Netherlands! You will receive a track & trace code for each order so that you can follow your order easily.
In the Netherlands, the following ordering and delivery options apply. For other countries, please find here your options and delivery costs.